Meet the Key Players in the Split Senate

The Senate of the 117th Congress faces unprecedented challenges across the United States; yet, to address them, it must first face its own obstacles in the halls of Congress.

With Democrats and Republicans each holding fifty Senate seats, the deciding votes on every major piece of legislation will be the moderates; namely, the two Democrats and three Republicans who most frequently buck their party leadership in the name of bipartisanship and compromise. Majority Leader Chuck Schumer (D-NY) and Minority Leader Mitch McConnell (R-KY) each have to rally every single member of their respective caucuses to pass or block legislation, including these five swing votes. As long as the Senate is split, no votes will be more important than the ones cast by these senators, whose support in an equally divided chamber can make the difference between a bill being sent to the president’s desk and being sent back to the drawing board. 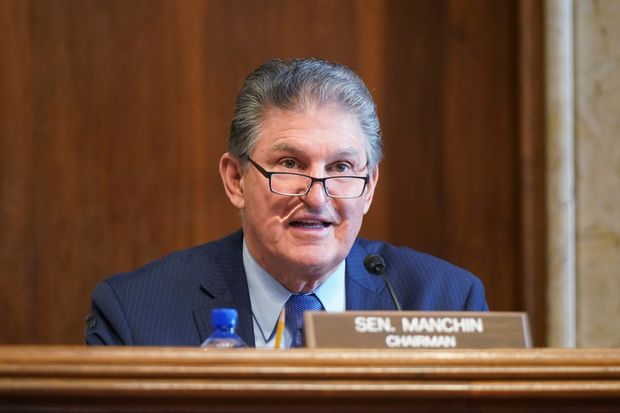 Perhaps the most important of the five key senators, Joe Manchin wields immense power in the chamber as a swing vote in the majority party. Manchin, the most conservative member of the Democratic caucus and the chair of the Senate Committee on Energy and Natural Resources, was first elected to the Senate in a 2010 special election after serving as West Virginia’s governor for five years. In a state that former President Donald Trump won by about 40% in 2016 and 2020, Manchin has proven to be an electoral powerhouse, winning re-election in 2012 and 2018. Manchin holds a seat that no other Democrat could likely hold, making him an invaluable asset to the party, even if he votes against the party line more frequently than any other member.

A self-described “moderate conservative Democrat,” Manchin is a swing vote in the Senate. As FiveThirtyEight reports, Manchin voted with former President Trump 50.4% of the time during Trump’s term, more frequently than any other incumbent Senate Democrat (except for another key senator, Kyrsten Sinema of Arizona, who tied Manchin at 50.4%). Therefore, for Democratic leadership to successfully pass a bill, they need Manchin’s support, something the senator has expressed willingness to give if Democrats work with and consider the views of Republicans when writing legislation. Manchin’s tenure in the Senate has been defined by bipartisanship and compromise, though he remains a staunch Democrat.

Since President Biden took office, Manchin has drawn ire from his fellow Democrats for putting the brakes on some of the party’s more ambitious goals. Manchin is opposed to abolishing the filibuster – a rule targeted by Democrats which requires sixty votes to end debate on a bill – and voted against the proposal to raise the federal minimum wage to $15. Manchin also came under fire from Democrats when he opposed the nomination of Neera Tanden to direct the Office of Management and Budget, claiming her “overtly partisan” tweets made her unfit for the job. Without Manchin, the Biden administration was unable to find a fiftieth vote in support of their nominee, leading to her withdrawal from consideration – an example of the senator’s power.

Manchin’s priorities include climate, energy, infrastructure, all of which will influence the senator’s stance on – and possibly the fate of – President Biden’s upcoming infrastructure package. 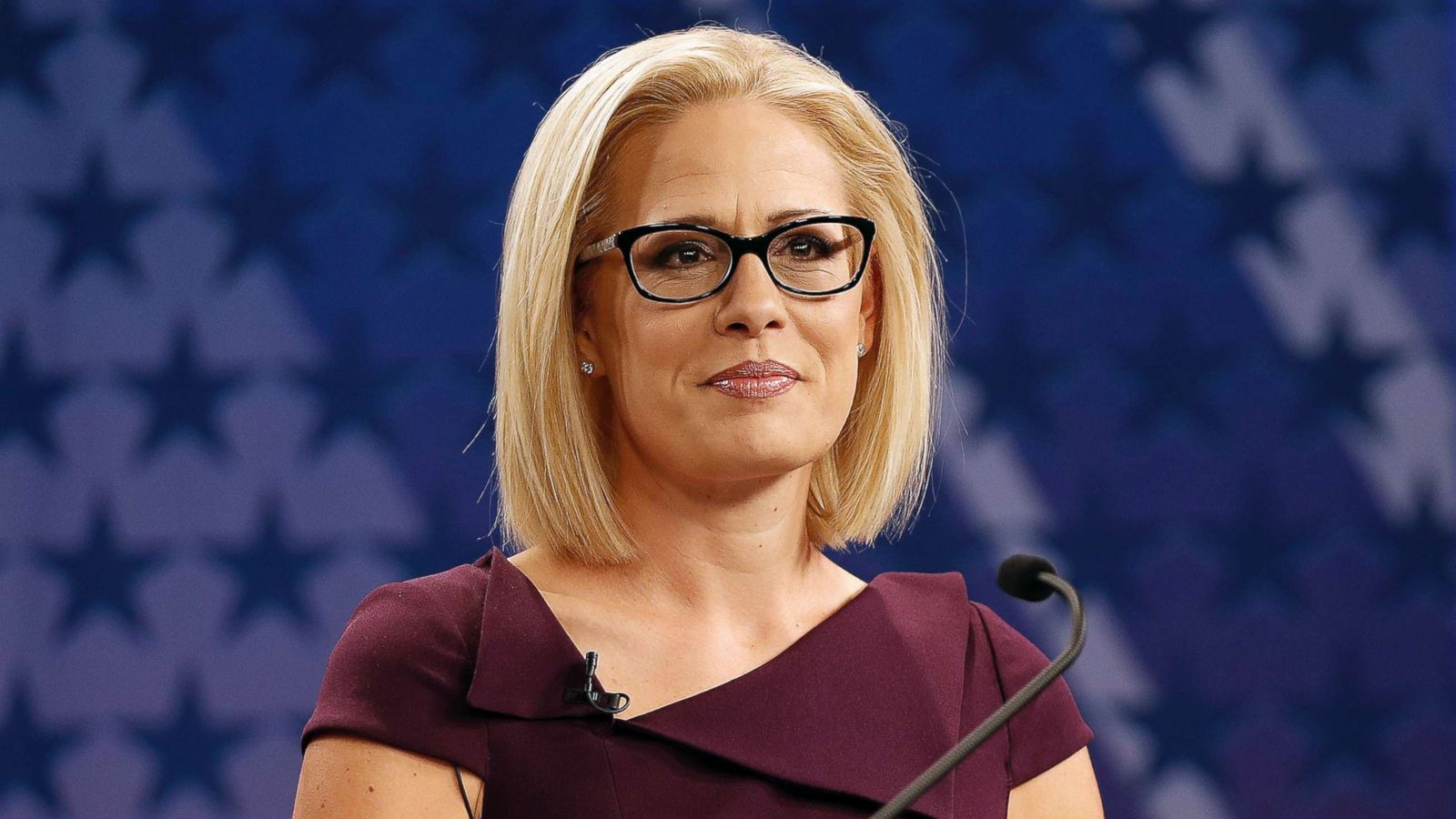 The senior senator from Arizona, elected in 2018 after representing Arizona’s ninth district in Congress for six years, is another Democratic swing vote in the chamber, second in frequency only to Manchin. As a Democrat representing Arizona, a purple state (in recent elections) known to elect “independent voices” to federal office, Sinema has moved towards the center since her first election to Congress.

Like Manchin, Sinema prioritizes bipartisanship and compromise, voted 50.4% of the time with Trump’s position, opposes the abolition of the filibuster, and has come under fire from members of her party since Biden took office. On a recent vote to raise the federal minimum wage to $15, Sinema was heavily criticized for her opposition to the resolution and the manner in which she cast her “thumbs-down” vote. During Trump’s 2020 State of the Union address, Sinema also drew attention for being the only Democrat to give President Trump a standing ovation during a portion of the speech about school “opportunity zones.” Despite the animosity she receives from more liberal Democrats, Sinema’s bipartisan approach to governance means she can and likely will be a difference-maker for key legislation. 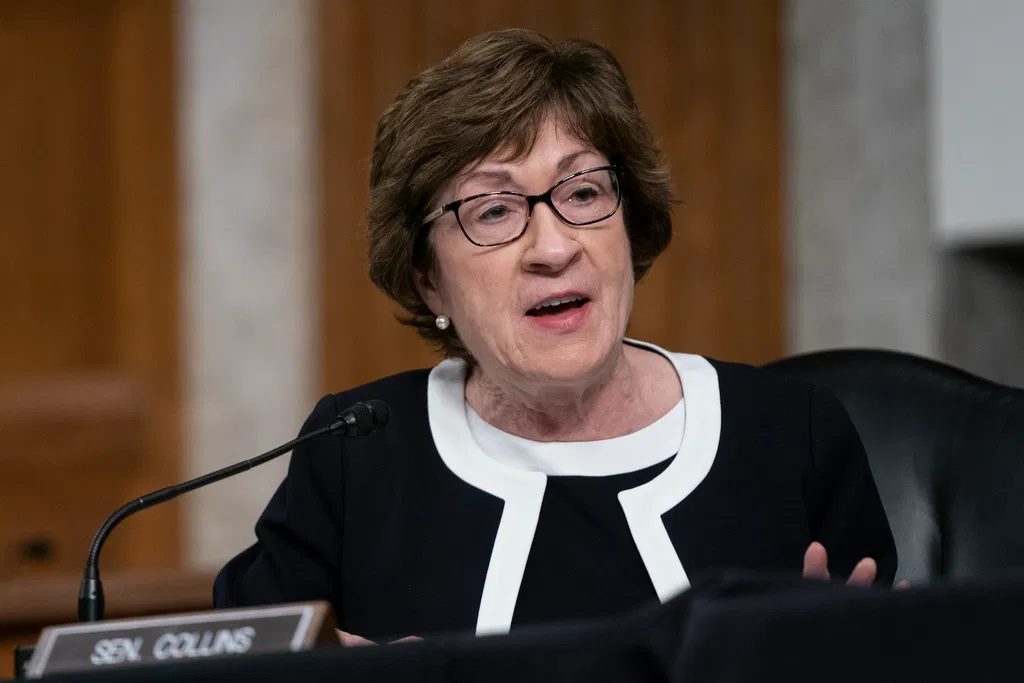 Maine’s senior senator, perhaps the most prominent moderate Republican, has served in the Senate since 1997. In Maine, a state that (like Arizona) tends to elect “independent voices” to federal office, Collins has become an electoral behemoth, handily winning four re-elections in the last twenty-four years. Especially in the last decade, Collins has consistently been rated by multiple studies as one of the most effective and bipartisan senators, and she is the most common swing vote among Republicans.

Throughout the Trump administration, Collins was a frequent critic of the former president and voted with his position just 65.1% of the time, the lowest of any Republican. Her vote against several key pieces of legislation, including the “skinny repeal” of Obamacare in 2017, dealt death blows to pieces of Trump’s agenda and drew criticism from her fellow Republicans. Collins voted for the nomination of Brett Kavanaugh to the Supreme Court and voted to acquit Trump in his first impeachment trial, two moves which made her a top target for Democrats, who failed to unseat her in 2020 (Collins later voted to convict Trump in his second trial).

However, since Biden took office, Collins has repeatedly expressed her desire to work with the president, even leading a group of eleven Republican senators in an Oval Office meeting to discuss a compromise on Biden’s COVID-19 stimulus bill. Throughout the Biden administration, Collins will likely prove to be a key ally whose vote can make or break key pieces of the president’s agenda. 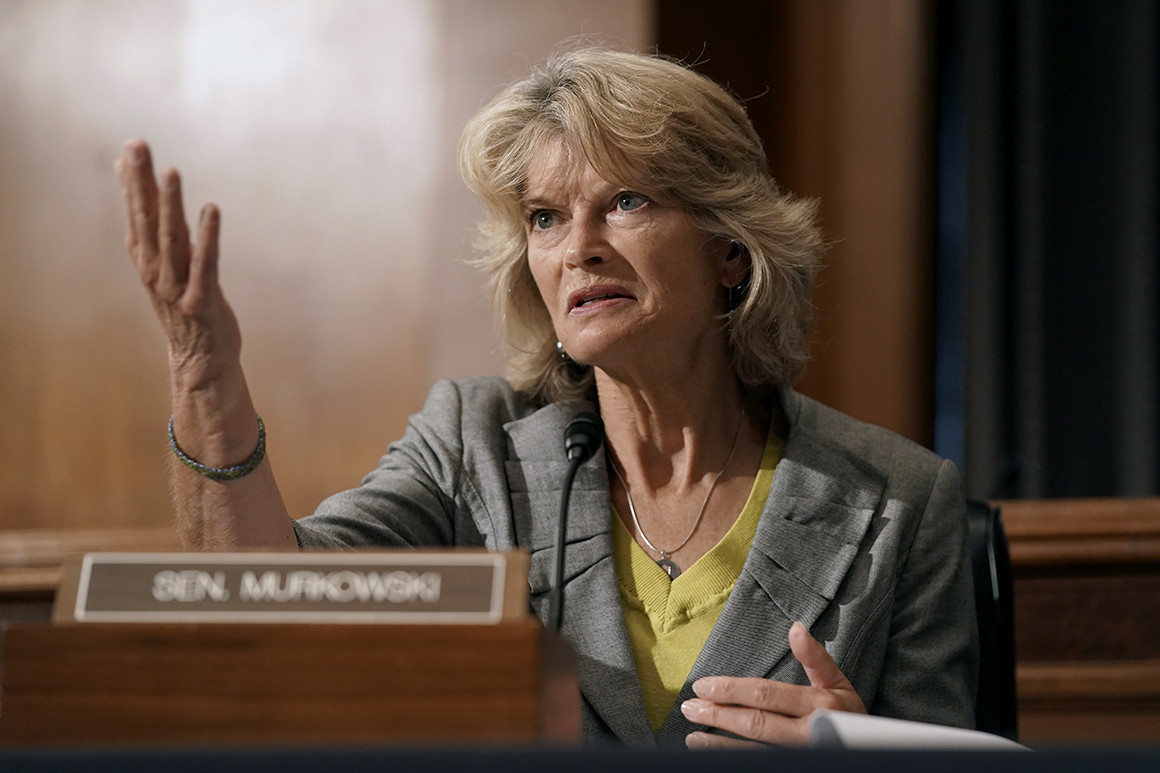 Alaska’s senior senator, who has served in the position since 2002, is another prominent moderate Republican in the chamber. Since losing the Republican primary for her seat in 2010 (and ultimately winning re-election through a write-in campaign), Murkowski has moved closer to the political center. Murkowski is the only one of these five key senators who is up for re-election in 2022; however, because Alaska uses a ranked-choice voting system, Murkowski will not face a traditional primary, reducing the political pressure on the senator to fall in line with her party.

Murkowski was an outspoken critic of Trump during his time in office, voting with his position only 72.6% of the time, roughly equal to the frequency with which she voted with former President Barack Obama’s position (according to Roll Call). Like Collins, Murkowski voted against the “skinny repeal,” though unlike Collins, Murkowski voted against Kavanaugh’s nomination as well. Since Biden assumed office in January, Murkowski has joined Collins in her desire to work with the president and his Senate allies, joining Maine’s senator in the Oval Office meeting. The power of Murkowski’s vote was recently highlighted after Manchin came out against Neera Tanden’s nomination. Murkowski, the last unknown vote, would have single-handedly decided Tanden’s fate had the nominee not withdrawn. As one of the most liberal Republican senators, Murkowski’s vote will be similarly important to the rest of Biden’s agenda. 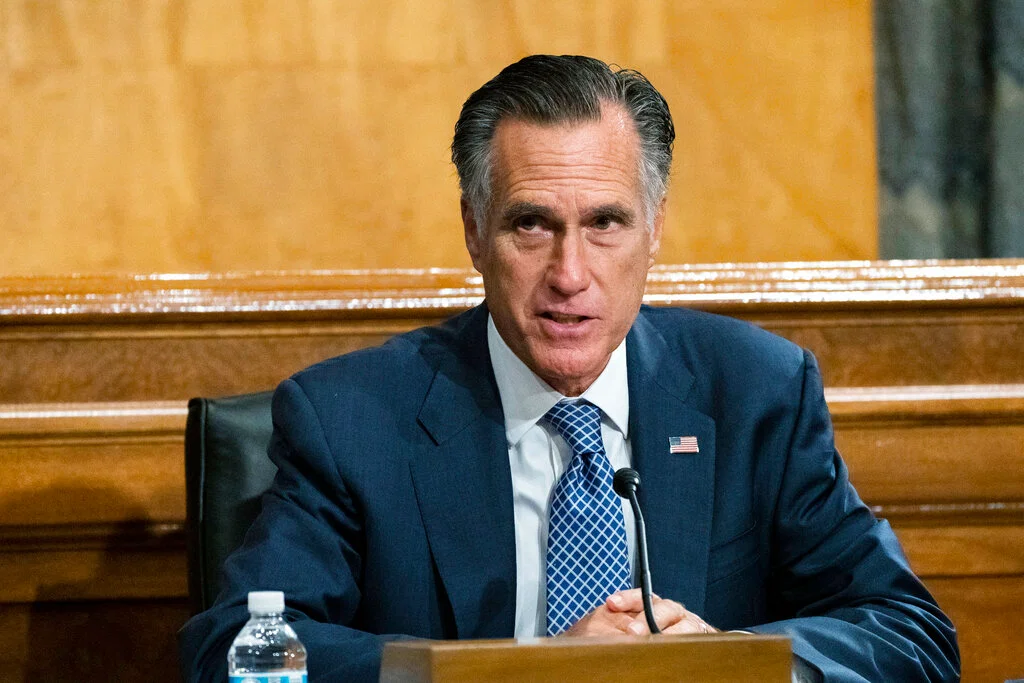 The junior senator from Utah is perhaps the most unique of the five senators. The 2012 Republican nominee for president and former governor of Massachusetts, a historically blue state, moved to Utah and ran for Senate in 2018. Having once defined the mainstream Republican Party, Romney’s outspoken criticism of Trump set him apart from most of the party. Though more conservative than Collins or Murkowski (he voted with Trump 75% of the time), Romney’s tenure in the Senate has been defined by bipartisanship and moderation, like his time in the Massachusetts governor’s office.

In 2020, Romney was the sole Senate Republican to vote to convict Donald Trump, making him the first senator in history to vote to convict a president of his own party. In 2021, Romney again voted to convict Trump in his second trial. Since Biden was sworn in, Romney has reached across the aisle to attempt to work with the president. Romney joined Collins and Murkowski in the Oval Office meeting, and later presented his own proposal for a child tax credit, an alternative to the provision in Biden’s final bill. Though Romney is less likely to be a swing vote than the previous two Republicans, his bipartisan approach to politics and willingness to compromise could prove useful for the agenda of President Biden, who takes a similar approach to governance.