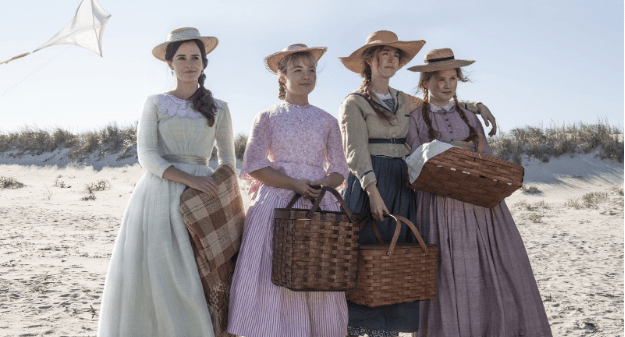 Growing up in Massachusetts, it is nearly impossible to come of age without reading Lousia May Alcott’s Little Women. The book, which has become a rite of passage for so many readers across centuries, remains dear to the hearts of the scores of people who can’t help but fall in love with the March sisters and their individual journeys towards happiness. Greta Gerwig’s recent film adaptation of Little Women has modernized the classic tale, adding a more feminist spin to the lives of Meg, Jo, Beth, and Amy March.

The film, which came out on Christmas day, drew families across the country to the theaters to see the beloved story come alive on screen yet again. But this movie, written and directed by Gerwig, exceeded all expectations for another screen adaptation of Louisa May Alcott’s 1868 novel. It has grossed $60 million in the United States, and $80.4 million across the globe.

“Greta Gerwig rewrote the narrative, crafting a brilliant frame for the story and fracturing the timeline into a gorgeous mosaic,” said Sharon High School English teacher Lori Novick-Carson. “The cinematography for each scene was so beautiful – the colors and use of light made some of the scenes look like paintings.”

“What I love about Little Women is that even though it’s called Little Women and it sounds diminutive, it’s actually about these girls who are wildly ambitious and have these huge dreams,” said Greta Gerwig in an interview.

The story follows the March sisters as they come of age in Concord, Massachusetts during the Civil War. Each March girl characterizes the tale with her own unique personality and desires. Meg (Emma Watson), the oldest, is beautiful yet tormented by her lack of status in society, even as she falls in love with a poor teacher. Saoirse Ronan brings to life Jo, the fire and passion of Little Women, as she rejects and redefines what it means to be a girl coming of age in a traditional society, spicing up the plot with her various quips and endearing mishaps, even as Jo, herself, grows into an eloquent writer unafraid of forging her own path in the world. The third sister, Beth, played by Eliza Scanlan, holds the family together with her pure goodness, which even her innate shyness cannot conceal. Last, but certainly not least, is Amy March (Florence Pugh), a spoiled child dreaming of riches who transforms into a distinguished artist with a mind of her own. And, of course, there’s Marmee (Laura Dern), the girls’ mother, who injects wisdom and love into the March house as she raises her four “little women.”

“What I liked most about the movie was how raw the characters were. Especially when all of the girls are together, you can just feel that they’re family,” said senior Sarah Spencer, who has already seen the film twice and plans to go again soon.

“I think each sister almost represents a different quality of a person and so that’s what makes it so easy to identify with all of them on some level,” said senior Riley Johnson, who saw the movie the day it came out.

“It is faithful enough to satisfy the book’s passionate devotees, who will recognize the work of a kindred spirit, while standing on its own as an independent and inventive piece of contemporary popular culture, wrote A.O Scott in a New York Times review of the movie. “Without resorting to self-conscious anachronism or fussy antiquarianism, Gerwig has fashioned a story that feels at once entirely true to its 19th-century origins and utterly modern.”

“This book has always been a bellwether for women of different generations all across the world, whether it’s Simone de Beauvoir or it’s Elena Ferrante, or it’s Patti Smith, or it’s you or it’s me, it’s because it answers that call that we have within us to be big and epic and achieve great things,” said Gerwig.

In recreating the classic novel, Gerwig chose to restructure the plot so that the story is told through a series of flashbacks. Many viewers expected the film to begin on Christmas morning in the March household, and were instead shocked to see a mature Jo walking down the street in New York instead.

“The fragmented narrative may have required some work on the viewer’s part….We had to look for clues at times, such as the length of Jo’s hair, to identify the time period of a certain scene,” said Novick-Carson.

“This chronological shuffling jolts the story awake and nudges the viewer to pay close attention,” wrote Scott. “Like any good novelist and every great filmmaker, Gerwig isn’t afraid to let her audience work a little. She trusts our intelligence and our curiosity, and also her own command of the medium. Reshuffling the plot is a way of making Little Women more cinematic without resorting to tricks or gimmicks.”

“I think the timeline made [the movie] more interesting for people who have already read the book and watched other movie interpretations,” said Spencer.

In addition to fracturing the timeline, in a stroke of brilliance, Gerwig merges Jo with Alcott herself. “At the end, when Jo holds in her hands the published book, a spotlight is shining, not only on Jo’s achievement, but on Alcott’s as well,” said Novick-Carson. “And, I’d say, that spotlight also shines on Greta Gerwig herself, and on all female writers who faced gender bias, negativity and discrimination, and overcame it, and became visionaries—and created art.”

Gerwig says she loves the book to her marrow. “I’ve always felt that whether you’re writing a novel or making a film, what you choose to make thirty feet tall on a screen tells the audience it’s important,” she said. “And for me, making the lives of girls and women important and thirty feet tall…it’s worth it. You’re saying, ‘your lives matter.’”

“Gerwig is revealing the strength of Alcott’s work, a point she underscores with the framing device of Jo’s literary efforts. Like her author, the character is fighting to pursue a creative career in a time when women’s stories were largely judged as inferior,” wrote David Sims in his review of the movie for The Atlantic.

“She’s smart and messy and doesn’t care much about what others think,” said Spencer of Jo. “I admire her for her strength and persistence.”

Jo’s editor, Mr. Dashwood, played by Tracy Letts, tells her to make her novel “short and spicy. And if the main character’s a girl, make sure she’s married by the end.” And yet Gerwig’s ambiguous ending remains faithful to the spirit of the story’s most rebellious and compelling heroine.